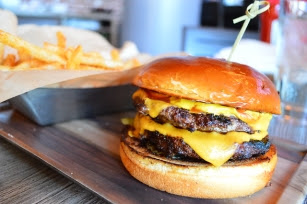 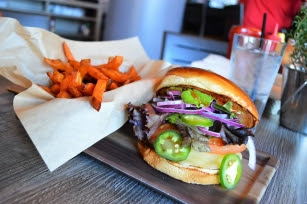 LAS VEGAS (July 2019) – Las Vegas-based celebrities are creating themed burgers to benefit local charities. Smoked Burgers & BBQ at The Forum Shops at Caesars Palace is announcing its 2019 schedule of its inaugural Celebrity Burger Charity Program, with each burger created to have a portion of proceeds donated to the charity of their choice. The Celebrity Burger Charity Program officially begins Aug. 1 and will run through Dec. 2019 with plans to continue the program into next year.

“We asked well-known and beloved Las Vegas celebrities to create the burgers of their dreams based on their personal preferences. We had a fantastic time working side-by-side to develop these burgers and ultimately have proceeds benefit charities in our community,” says Joey Pintozzi, co-founder and vice president of sales and marketing, Hospitality Boulevard.

The Celebrity Burger line-up to include:

“What better way to encourage guests to donate to a worthy cause than by feeding them! I think it’s amazing that Smoked Burgers & BBQ is creating awareness for these charities while guests simultaneously chow down on a big juicy burger,” concludes Mac King, comedian, Mac King Show.

All Celebrity Burgers will be priced under $20 and available throughout the month with 10 percent of sales benefitting the charities. All burgers can be made vegan upon request.

ABOUT SMOKED BURGERS & BBQ
Smoked Burgers & BBQ at The Forum Shops at Caesars Palace specializes in jaw-dropping burgers, handcrafted cocktails, draft beer, homemade lemonades and sweet teas. The menu takes a twist on BBQ classics while infusing West Coast flare. Designed and operated byHospitality Boulevard, the restaurant features indoor and outdoor Strip-side dining and live entertainment. Smoked Burgers & BBQ’s emphasis is on creating the ultimate guest experience whether it be for a work lunch, watching the big game or spending a night out on the town in a casual, comfortable environment. Hours of operation are Sunday through Thursday 11 a.m. to 10 p.m. and Friday and Saturday 11 a.m. to 11 p.m. Smoked Burgers & BBQ is located next to The Forum Shops at Caesars Palace’s Upper Valet. For more information, find and follow onFacebook, Instagram or Twitter. Click here to download high-res photos.

ABOUT HOSPITALITY BOULEVARD
Designed with the customer experience in mind, Hospitality Boulevard is the restaurant and bar conglomerate created by everyday guys, Ryan Klaasen and Joey Pintozzi. From Los Angeles to Las Vegas to New York, Hospitality Boulevard’s portfolio of venues includes Smoked Burgers & BBQ at The Forum Shops at Caesars Palace, Maxie’s at The LINQ Promenade and The Wellesbourne in Los Angeles. Additional concepts to be announced in 2019.